'If the epidemic is sharply contained in a month or two, we have a huge buying opportunity.'
'If not, we are staring at a serious economic crisis, the contours of which we are totally unaware of,' warns Debashis Basu. 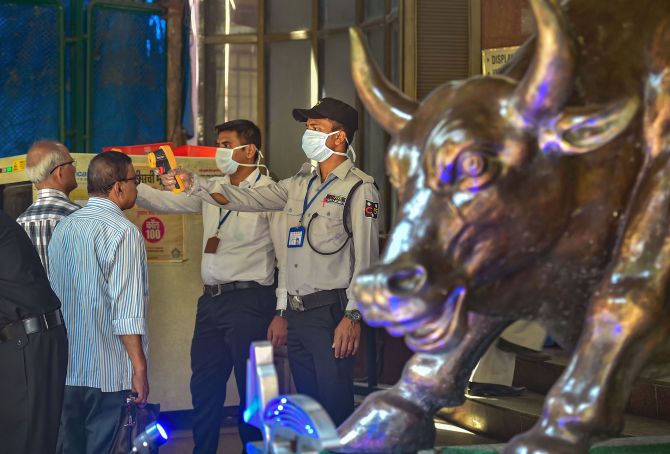 The Sensex on February 13 hit a high of 41,709, and was set to cruise higher on the back of a continued inflow of foreign and domestic investment.

The political leadership, (market players continue to think it is visionary), is now focused on social engineering and not economic development; but that too appears to be irrelevant.

The decline in growth in sector after sector -- auto, capital goods, exports, textiles -- is considered temporary.

An uninspiring Budget and the subsequent fall in stock prices were reasons to buy, not sell.

According to analysts, the market is cheap, based on some fantasy earnings growth figure of FY21, never mind that the consensus earnings forecasts of analysts have never been right.

Then came coronavirus and this cosy complacency was shattered.

On March 13, the Indian markets crashed to hit the lower circuit breaker as panic gripped markets around the world initially.

From the high of February 13, till the lowest index intra-day print of March 13, the Sensex has fallen 29.5 per cent.

This is surprising and even shocking to many, but not unprecedented.

I can bet that many seasoned market players may not remember that 30 per cent crash over one month, let alone what caused it.

Along with the equity markets, crude oil prices also crashed this time.

This is silly for two reasons.

One, falling oil prices are turned to good account by the government through higher taxes.

They are rarely passed on to the consumers.

Two, to say that an oil crash will benefit India is a selective and self-serving argument because it only looked at one part of the equation.

Oil prices crashed because of fears of a severe global contraction and demand recession.

Surely, you cannot look at the fall in oil prices as a positive, without reckoning on the fact that entire businesses may shut down and many others get severely maimed due to demand contraction.

Businesses don't care about input cost as long as there is demand.

If there is a demand slowdown, lower input costs are irrelevant.

The real issue is whether the coronavirus contagion will be stopped or effectively contained.

Cities and countries are shutting themselves off one after another.

Schools, colleges and leisure and entertainment centres have shut, conferences are cancelled, and international travel has collapsed.

The US government has tried to ease the pain by cutting interest rates and taxes, and loosening monetary policy.

But of what help are fiscal and monetary policies when there is no incentive to do more business and there are enforced hindrances?

Are the markets over-reacting?

On March 13, the Indian markets were locked in the lower circuit on opening and leading to a mandatory halt in trading for 45 minutes.

Just before they reopened, US index futures shot up on some flimsy government announcement, which reverberated across global markets.

So the Indian market reopened to a massive rally.

It seemed like a bipolar market, depressed one hour and euphoric the next.

This perfectly sums up human reactions to known unknowns, when we over-react.

We know that the epidemic will affect us all, but don't know how much.

People hate uncertainty and react strongly to it.

The greater the uncertainty, the stronger is the reaction.

There are three types of bear markets, according to Goldman Sachs -- one driven by a specific episode or event, like war, an oil price shock, or an emerging-market crisis.

It could also be events like demonetisation in India or 9/11 in the US.

The second is cyclical, caused by a changed economic cycle, due to factors such as rising interest rates, impending recession, and fall in profits.

This kind of bear market can lop 30 per cent off the index value (already happened).

The third is a structural bear market, created by huge imbalances in the economy and financial bubbles, very often followed by a price shock and deflation.

The decline in such bear markets is around 57 per cent.

Which kind is the current one?

I am guessing that institutional investors think it is event-driven or cyclical.

The fact is, we don't know.

If the epidemic is sharply contained in a month or two, we have a huge buying opportunity.

If not, we are staring at a serious economic crisis, the contours of which we are totally unaware of.

Debashis Basu is the editor of www.moneylife.in 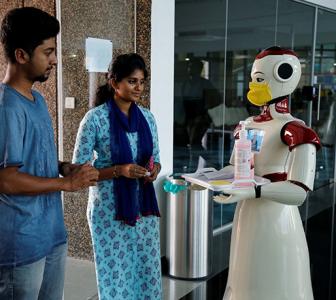 How the world will change after coronavirus

'We may have to ask some people to leave' Investments in the time of coronavirus 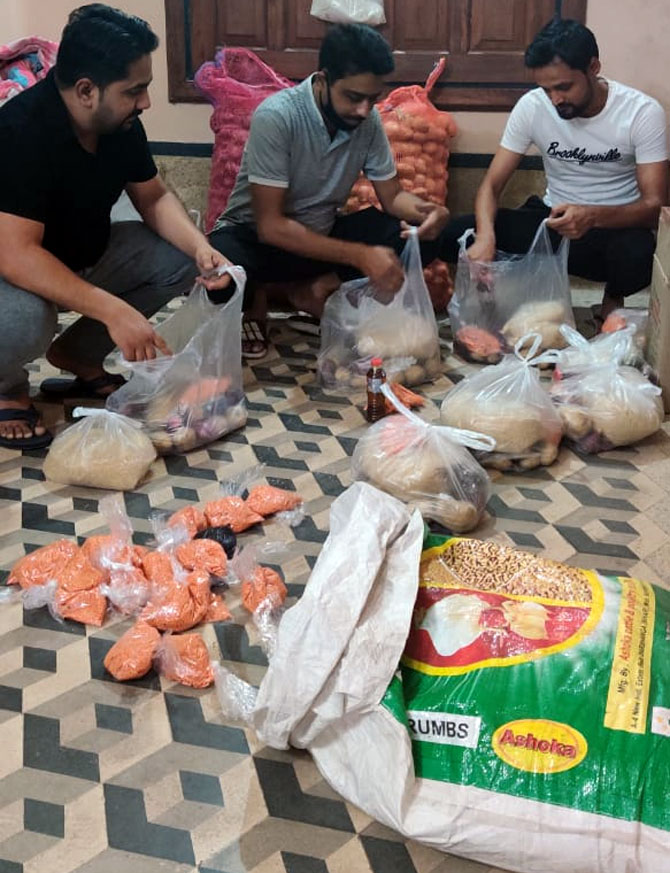 Coronavirus impact: What should the investor buy now?

Stay away from sectors impacted by covid-19: Analysts