News
Business
Movies
Sports
Cricket
Get Ahead
Money Tips
Shopping
Sign in  |  Create a Rediffmail account
Rediff.com  » Business » Revenues of IT companies may take a big hit in FY21

Revenues of IT companies may take a big hit in FY21

Though a weak dollar will lend some support to revenues and margins in FY21, the demand environment will outweigh any gain.

Revenues of information technology (IT) services firms are likely to a take a big hit in financial year 2020-21 (FY21) as the coronavirus disease (Covid-19) is expected to pull down clients’ spend significantly.

According to brokerage firms, dollar revenues are likely to fall by about three percentage points as a result.

Though a weak dollar will lend some support to revenues and margins in FY21, the demand environment will outweigh any gain, they said.

“In terms of dollar revenue, we estimate the impact of Covid-19 on Indian IT companies in FY21 at around three percentage points.

"Part of this will be offset by a six per cent depreciation (of rupee), which could be a margin buffer,” said brokerage firm AnandRathi in a note.

These estimates have been made taking into account a revival of growth in the second half (October-March) of FY21.

The likely fall of three percentage points in the current financial year is significant given that most IT firms are inching towards higher growth after posting good results in the first three quarters of FY20.

While Infosys and HCL Technologies have guided the market to post double-digit growth in revenues, market leader Tata Consultancy Services is likely to post revenue growth in high single digits in FY20.

Similarly, Wipro is also expected to improve its performance.

Analysts are of the opinion that revenues of IT firms could be severely impacted in the first six months on FY21 because of Covid-19.

“The problem is more on the demand side than supply. Revenue from China comprises more than 10 per cent of many leading US corporate bodies’ revenue.

"A considerable amount of revenue of many such bodies in Europe, too, stem from China.

"We expect more than 2 per cent reduction in China’s growth in 2020, which would slash corporate spending in the US and Europe, thereby indirectly trimming the revenue of Indian IT companies,” AnandRathi said.

According to the brokerage firm, while verticals like retail, travel and energy will see more rationalisation of clients’ budgets, the impact will be felt less in banking, healthcare and telecom.

While Mindtree draws around 30 per cent from retail and travel verticals, for NIIT Technologies, it stands at around 29 per cent.

Among large IT firms, Wipro has an exposure of 17 per cent to these verticals, while Infosys and Tata Consultancy Services (TCS) draw around 15 per cent each from these segments.

“After the global financial crisis (2007-08), Indian IT apparently benefited as demand for low-cost outsourcing services continued.

"Looking at that situation, we reckon that growth rates for Indian IT might not turn negative in FY21.

"We are currently building in growth for Indian IT in FY21, almost at the same level as was the case during global financial crisis,” said the note.

With IT companies set to announce annual results in the coming weeks, brokerage firms said the firms’ growth guidance should be viewed with caution in the current environment.

“Several IT services companies have a regular practice of issuing guidance on financial performance.

"While guidance is generally useful, we caution investors against relying on guidance provided by companies in the aftermath of Covid-19 outbreak.

"We believe guidance numbers can be quite unreliable during periods of very high uncertainty in businesses,” said Kotak Institutional Equities. 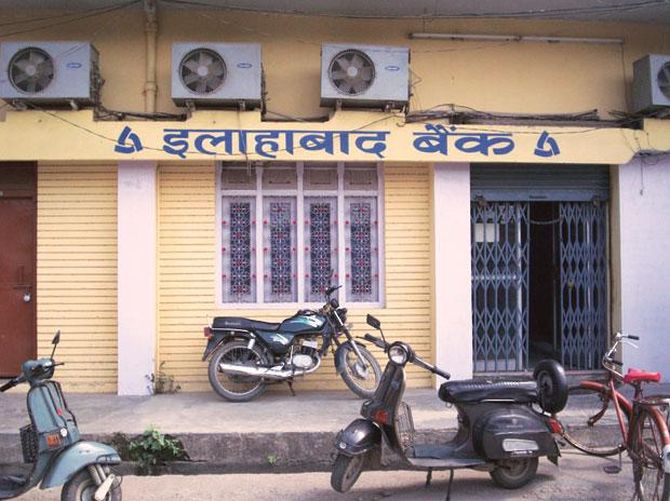 'Can government play with people's money?'

'Number of deaths in India is not alarming so far'

All COVID-19 hotspots in 15 UP districts sealed Smartphone market may remain flat in 2020